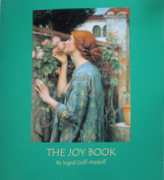 "Such blessings we receive, such gifts of grace. If we have wandered from the path of gladness, point us back to life!" ~Ingrid Goff-Maidoff, Simple Graces for Every Meal 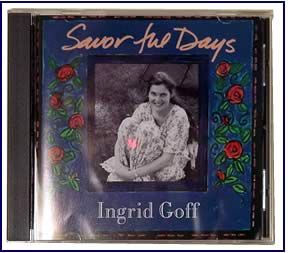 Before moving to Martha's Vineyard to live a peaceful family life, Ingrid was invited to sing her songs from New York's Folk City to Hollywood's Star Search... (yee gads, it's true!)


Savor the Days is a soothing, transporting and refreshing album. With nine originals and one cover, a Sarah Teasdale poem called "Life has loveliness to sell," this album is some of that loveliness. Recorded on Martha's Vineyard with the support of talented musicians David Steinberg, Nancy Jephcote and Jim Parr, this album is a timeless classic you'll listen to again and again.

"I bought your album many years ago when I was going through a very difficult time.  It is the one thing that kept me going.  Keep up the good work." ~M.A.A


Songs on the Savor The Days Album: